DPF Warning Light: Everything You Need To Know 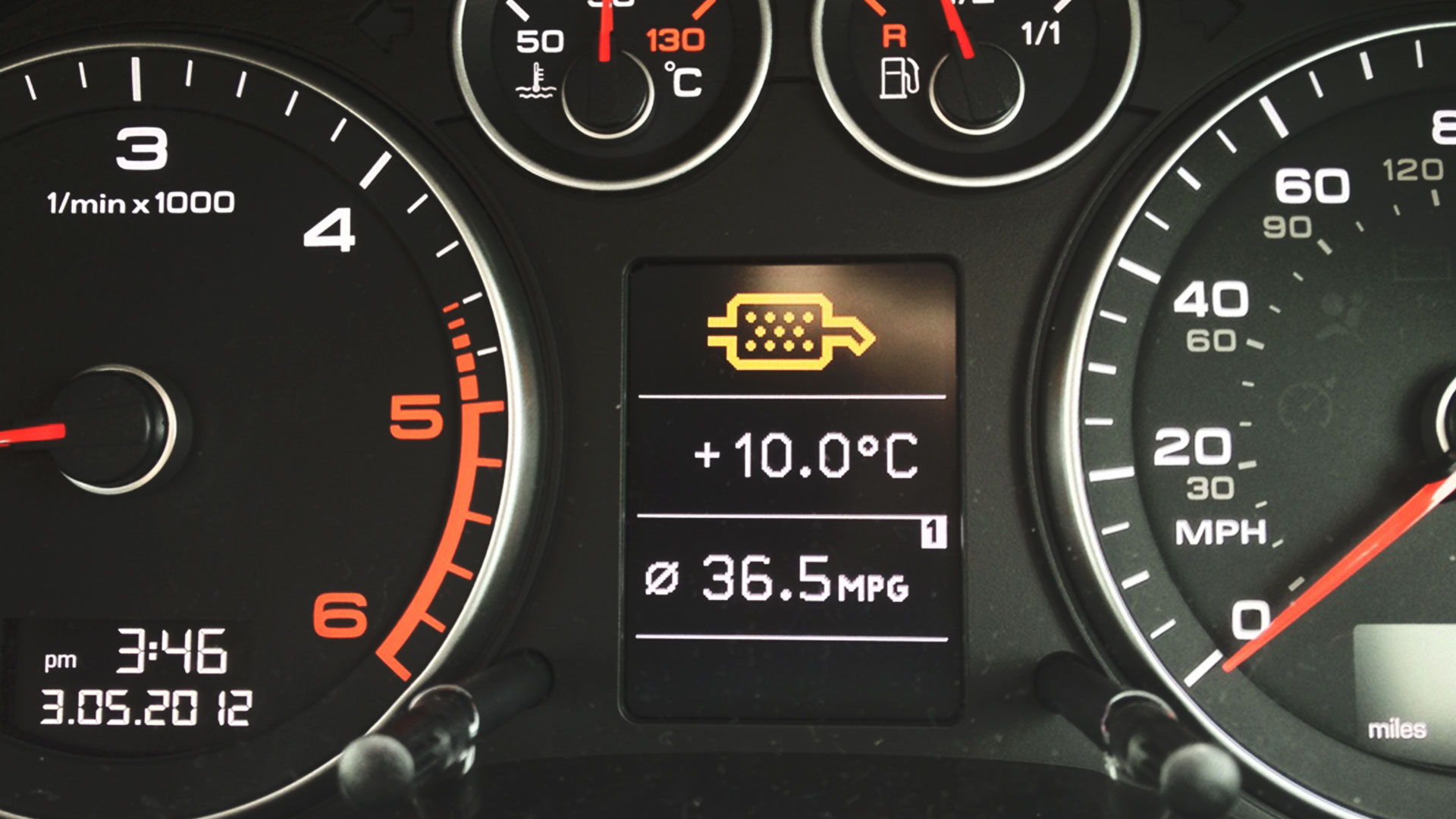 That strange orange glow coming from your dashboard. It isn’t the low fuel warning; the handbrake is off right? Yes, the much-feared dashboard warning light has arisen, in this case the Diesel Particulate Filter (DPF) light. Probably not one you’re familiar with, (check your owner’s manual to find out what each light represents) as DPF’s are a relatively new technology being fitted in all modern diesel vehicles.

While it may not have the reputation built by engine warning lights, a DPF light is in itself still a worrying sign, showing that your DPF is experiencing issues. These issues are likely build-ups and blockage created by the soot emitted into diesel-powered car exhausts. When a blockage occurs the sensors within the engine and/or exhaust will notice that airflow is restricted and, if it cannot be fixed via altering the computers parameters, will show you a warning light.

In a way, the DPF light illuminating is actually a good thing, it shows that there are issues within the filter and could allow you to resolve them before a breakdown or serious mechanical damage occurs.

Your DPF is Likely Blocked

In all likelihood, the presence of the DPF light on your dashboard signals that there are blockages forming or already existing within the exhaust particulate filter. This is not uncommon in diesel vehicles built since the inception of these filters in the mid 2000’s.

As diesel vehicles burn fuel in the engine, they emit soot and carbon particles (among others) into the exhaust. These particles will stick to the DPF and begin to block airflow from passing through efficiently. DPF’s are built to be able to burn off the build-ups that are forming, but will only do so in ideal conditions and with high exhaust temperatures. These are conditions that many vehicles never experience in daily driving.

To be sure that your DPF check for other symptoms of DPF blockage (insert link to DPF symptoms article), apart from the obvious warning light. From poor fuel economy to “limp home” modes, your vehicle is likely to show that it is unhappy via poor running before or soon after the DPF light has illuminated.

What if my DPF Isn’t Blocked?

DPF lights may illuminate for other reasons, if other parts of the vehicle are at fault. Faulty sensors or loose connecting wires have been known to commonly cause fake warning lights through incorrect readings. The vehicles computer may also produce error codes when no problems are occurring, due to a software malfunction. Performing a restart (turning the vehicle off and on again) should clear any computer errors, narrowing down the possible failure points.

Those who do not have mechanical knowledge or experience are likely best to seek professional help at this stage. Obtaining codes via the cars computer system is a simple job for specialists with the right diagnostic tools, they can tell you which parts are showing issues and either perform the repairs or recommend a technician that can.

We would recommend turning to these actions if you try some of the remedies below but have little or no success in returning the vehicle to perfect health and extinguishing that pesky DPF light.

What to do when the DPF Light Comes on

In the case of a DPF light appearing, you effectively have three options. Take your car to an authorised dealer (or independent diesel vehicle specialist), fix the DPF issues yourself at home or you simply could ignore the light and hope the issue resolves itself (not recommended).

The main dealer, the one you likely bought the vehicle from, is often the first port of call for many that experience warning lights of any kind. Most dealers nowadays carry the correct tools and software in order to solve the issues and extinguish the DPF light, returning you vehicle in an efficient running state though often accompanied by a hefty bill.

For those who are more mechanically minded or who don’t fancy parting with a large chunk of their hard earned cash, you should attempt to solve DPF issues at home yourself. This will likely include using a cleaning additive to clear the DPF, which is often highly affective. These products are available for a much lower outlay and are a solution that works around your schedule. Unfortunately, not all vehicles can be fixed without specialist tools or software, while some car computers will not extinguish the light until official computer systems have been plugged in, often only available via main dealers.

How Long Can I Drive with the DPF Light on?

In the last section I briefly mentioned that you can ignore a DPF light appearing on your dashboard. Now this is definitely not a recommended action as further clogging of the DPF will only cause any poor running symptoms to worsen and could cause a breakdown and even expensive mechanical damage.

Having the light come on however, does not signal imminent failure. The whole concept of a warning light, such as this, is to warn you that a problem is occurring and that you should get it fixed as soon as possible. A light that comes on moments before a breakdown would not be much use to anyone would it?

This means you do not need to panic and stop at the side of the road, not only is this unneeded but could be dangerous depending on where you are driving. The light illuminating gives you time to get your vehicle to the closest dealer or back home so you can attempt to fix the problems. Travelling on the motorway (or A-road) at decent speeds is actually beneficial to the DPF, so these types of journeys do not need to come to an instant holt should the light appear.

I would like to make it clear at this junction however, that it is not recommended to travel large distances with any warning lights on your car’s dashboard. In the worst case this could lead to an embarrassing breakdown and the possibility of a DPF replacement, which will likely cost you well over £1000. So, getting the issue resolved as quickly as possible is always advised.

DPF lights are a blessing in disguise, warning us of the issues building beneath the surface that we may otherwise be unaware of. DPF blockage symptoms often go unnoticed and can be difficult to spot if you aren’t sure what to look and listen for.

Don’t panic if the light does come on, you have time to get your vehicle to a safe place, think about your options and proceed with solving the issue. React quickly, get the DPF cleared, safe yourself from a huge bill and save your car from further damage. This will keep your diesel vehicle on the road and prevent you from ending up stranded.