Diesel Bug: Everything You Need To Know 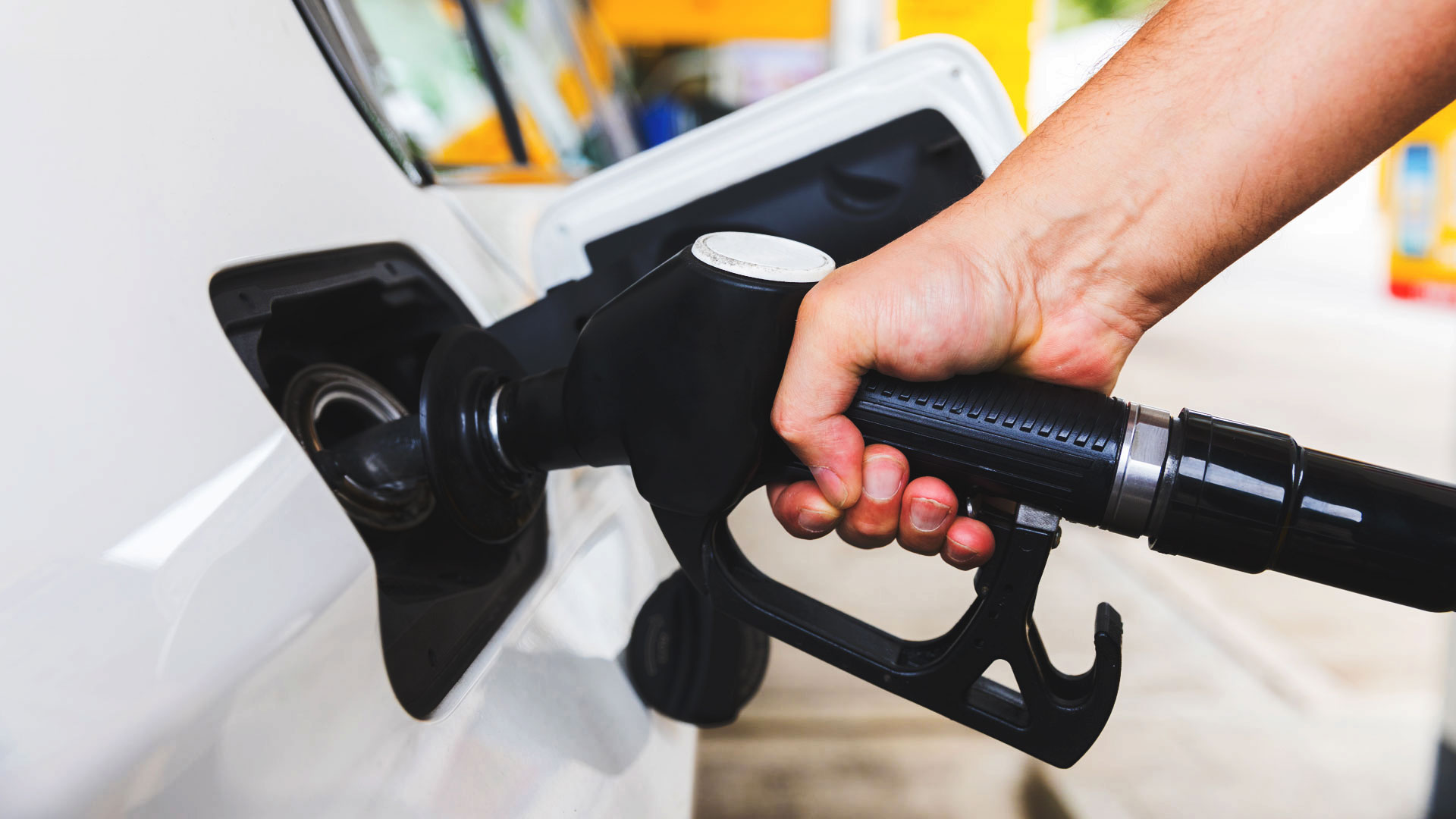 Milk, meat, fish, diesel. These items, though seemingly unrelated, all have one thing in common. They all have a limited shelf life. You may never have thought it but like many of the items in your fridge, the diesel in your fuel tank will not stay fresh forever. Diesel may last many months more than cold cuts and fresh catches but it nevertheless will break down and deteriorate over time.

Fuel that’s past it’s best doesn’t work all too well in an engine, also causing issues in the fuel pipes and filters along the way. Diesel bug is what most will refer to when they think of diesel degradation, preventing it could not only save you hassle but also keep your diesel vehicle running in top condition.

What is Diesel Bug?

The term “diesel bug” does not refer to one particular type of fuel degradation but rather a whole host of different contaminants. This can range from bacteria to viruses and even fungi, growing in the diesel fuel. These contaminants actually live on the condensation created within a fuel tank as temperatures rise and fall. The biodiesel element (found within most common diesel fuels) is predominantly to blame, due to its higher water content.

The condensation created when diesel fuel cools (after shutting off the engine) allows these contaminants to grow and multiply rapidly. Microbial organisms are ripe for growth, particularly in the climate we have in the UK. Perfect temperatures, high water vapour levels in the air and diesel fuel in the tank to consume. The bug will spread like wildfire in any diesel fuel tank left for long periods, causing deterioration of the fuel and resulting sludge to build up in the tank.

Build-ups in the diesel tank are inevitably drawn through the fuel pump and sent towards the engine through the usual fuel lines and filters, where it can begin to wreak havoc and cause lasting damage.

While most are unlikely to physically see the diesel bug (due to most fuel tanks being tucked in vehicle undersides and being completely sealed), the bug itself is not particularly visible in it’s first stages within the fuel. Only once the contaminants have begun to consume the fuel and form sludge will the problem become visible.

Formations of this thick, slime are found at the bottom of the diesel tank as it sinks through the fuel. It is most often a dark brown or black colour. The first glimpse you will likely see of the diesel bug will be stuck to a fuel filter, where it looks fairly similar to wet coffee grounds.

Rotten smells are not something we associate with combustion vehicles. Fuel, oil and rubber sometimes, but hardly ever do we smell something putrid. This is why a rotten smell, particularly one being emitted from the exhaust, is one of the most obvious signs of diesel bug.

As the contaminants are burned in the engine, they let off a nasty smell that is sure to stand out from the usual smells we associate with diesel vehicles. The smell may also be present upon opening the fuel cap or changing other fuel components.

While at the rear of the vehicle, checking for foul smells, it is also not uncommon to notice increased amounts of black smoke being emitted. While a common sight for many older diesel vehicles, the smoke along with a putrid smell is almost a sure sign of the presence of diesel bug.

Modern diesel vehicles are much cleaner than their older counterparts, making these symptoms much more noticeable in newer cars.

As you may well expect, sludge being dragged through the fuel lines towards the engine will wreak havoc on the fuel filters. These filters contain very fine, mesh material, designed to stop the smallest of fuel contaminants passing through to the engine. Hence a thick slimy substance passing through will clog filters at a surprising rate.

Clogged filters can become an annoyance as they will need replacing frequently, but more importantly could starve the engine of fuel. An engine with little to no fuel will not run at all, possibly causing damage to the engine in the process of running lean (the state of too much air and too little fuel).

Upon removal diesel bug will present itself as a sediment, that looks almost like wet coffee grounds, due to its thick viscosity and dark brown colouring.

Burning bacterial sludge is not the primary purpose of any diesel combustion engine. Hence when presented with such matter, the vehicle in question will definitely see a drop off in performance. The diesel engine will unlikely be able to reach optimal values required to achieve peak performance.

Decreased engine performance is obvious when completing hard acceleration or high-speed cruising. Find yourself using a lot more throttle than usual to maintain the same speed and you’ll know your engine isn’t running at its best.

A symptom that goes hand in hand with poor performance. Any engine that isn’t running at maximum efficiency is not going to make the best use of the available fuel. Clogged filters will only make matters worse, while the diesel bug is also eating away at the fuel in the tank.

More regular visits to the pumps could be a sure sign of diesel bug if no mechanical components are clearly at fault.

Like the fuel filters, injectors work with very fine measures and tight tolerances. Hence, an overly thick fluid attempting to pass through will cause disturbances and lead to constant cleaning being required.

Blocked injectors are often associated with some of the common symptoms above, such as decreased fuel economy and performance. While injector cleaners are available, injectors that are constantly being clogged again and again point directly towards a fuel related issue, such as diesel bug.

Whilst this may be a symptom of many mechanical issues, difficulty starting can also point towards diesel bug. Diesel vehicles that are parked for long periods of time will often have trouble starting due to this issue. After months spent sat untouched, it is unlikely that mechanical components will have spontaneously broken or stopped working.

Having difficulty starting the vehicle can often lead owners to find clogged injectors and filters, that are the result of diesel bug. Having trouble on a day to day basis, when nothing mechanical seems to be amiss is regularly a sign of fuel degradation.

How to Treat Diesel Bug

The best medicine for any infection is to stop the contamination before it can spread, this is the same when it comes to diesel bug. Using diesel treatment additives is the most common and without question, the easiest way of dealing with diesel bug. These liquids are simply poured into the fuel tank to mix with existing diesel fuel. They then aim to prevent the separation of diesel and water molecules, meaning the contaminants have nowhere to grow or feed, eliminating the bug before it can cause damage or inconvenience to vehicle owners.

These additive solutions are particularly relevant for owners that know they will be leaving fuel sitting for long periods of time, such as when going on a long holiday or parking a boat for the winter.

Additives are very well regarded but may be a case of too little, too late for more extreme cases. If the bug has managed to take a serious hold on the fuel and sludge has been dragged through the system, possibly reaching filters and injectors, then some serious cleaning may be required. Changing the fuel filter and cleaning the fuel pump and injectors should be enough for the vehicle to clear the remainder of the system through regular driving. Very extreme cases however, may require the fuel tank to be removed, drained and vigorously cleaned to remove all contamination. This situation rarely occurs unless fuel has been sat for many years in damp conditions (such as those found in the UK).

Diesel bug does not spell disaster for most engines and the burning of contaminants, while not ideal for performance or fuel economy, is unlikely to cause any real damage. The real problem is the clogging of filters and injectors, that will annoy and disrupt owners that need their vehicle for regular use.

Using additives is a fantastic way to prevent the diesel bug taking hold, treating the problem before it can really cause any issues. Stop the bug before it can take hold and you’ll have no troubles. It might sound scary and intimidating but realistically, with modern solutions, diesel bug is no more difficult to fix than a blown fuse or a wonky shelf.

Czok is the trading name of Czok Holdings Limited.

https://www.czokbrand.com is a participant in the Amazon Services LLC Associates Program, an affiliate advertising program designed to provide a means for sites to earn advertising fees by advertising and linking to amazon.co.uk